From 1934-1936, Elsie Ripley Clapp served as administrator of the Arthurdale School.  A student of John Dewey, Clapp saw Arthurdale as a great opportunity to create a community school. Students learned through hands-on activities rather than theoretical learning and undertook projects related to their interests or to ones that could help the community. The students also learned about their Appalachian culture. Eleanor Roosevelt donated books, money, and supplies to the school and paid Elsie Clapp’s salary.

When the school opened in the fall of 1934, the school buildings had not been built. Determined to begin, Miss Clapp set about placing the students in various community buildings. The elementary school held classes in the Arthur Mansion, high school students learned in Center Hall, and the nursery school filled the space newly completed by homesteaders at the center. 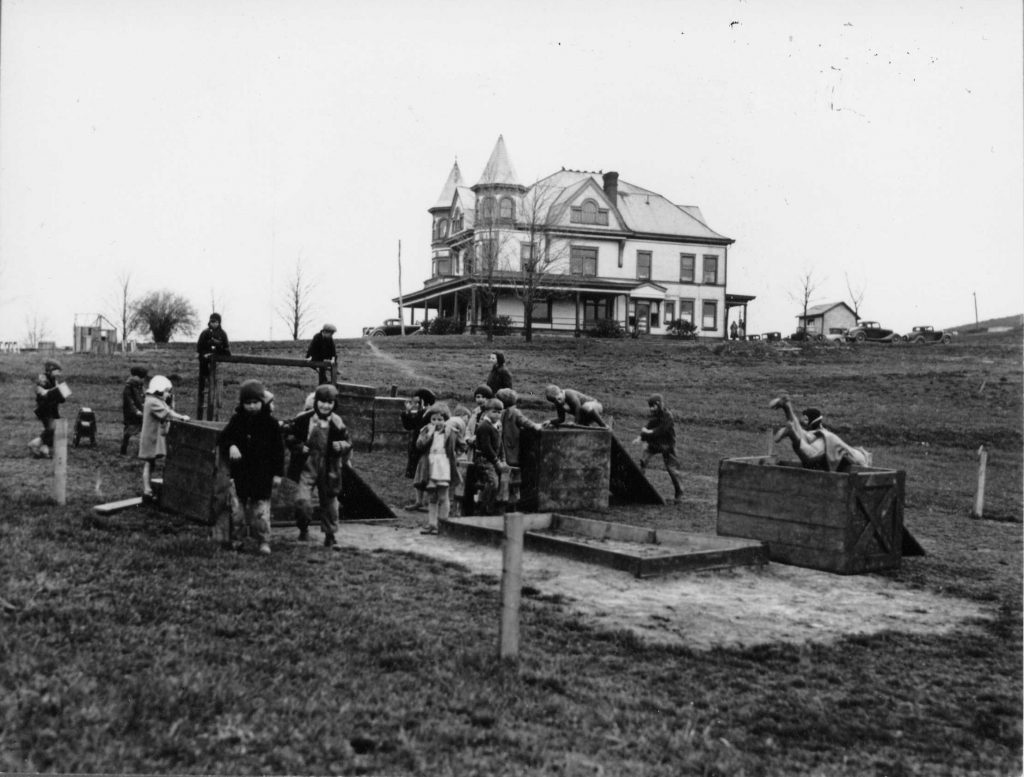 School children playing in front of the Arthur mansion

In addition to the buildings not being completed, the books and supplies ordered by Elsie Clapp and her teachers, had not arrived. The teachers improvised and put their progressive teaching plans to work. Second grade learned about construction by watching the workers build the homes throughout Arthurdale and put their knowledge to practical use by building their own homestead community. Fourth grade studied pioneer life in the old Fairfax cabin. High school students combined disciplines and created surveying equipment through their math, science, and shop classes; they eventually surveyed Route 92 for their final project. 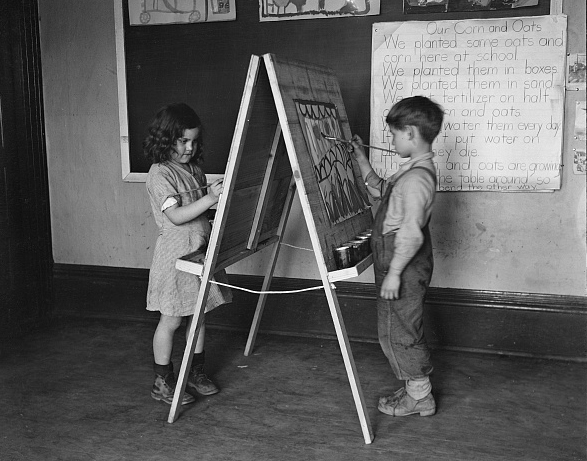 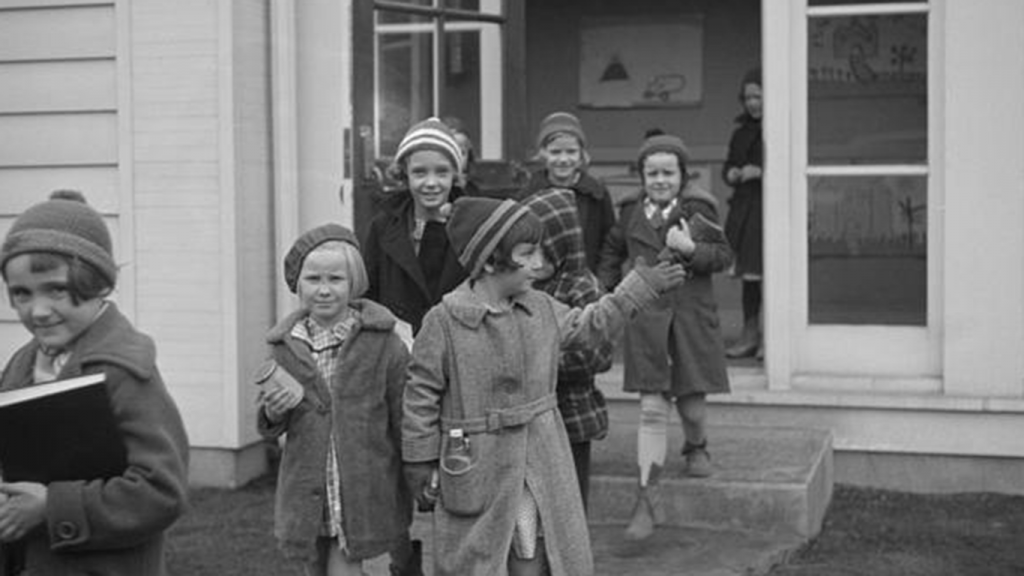 Arthurdale children leaving school at the end of the day 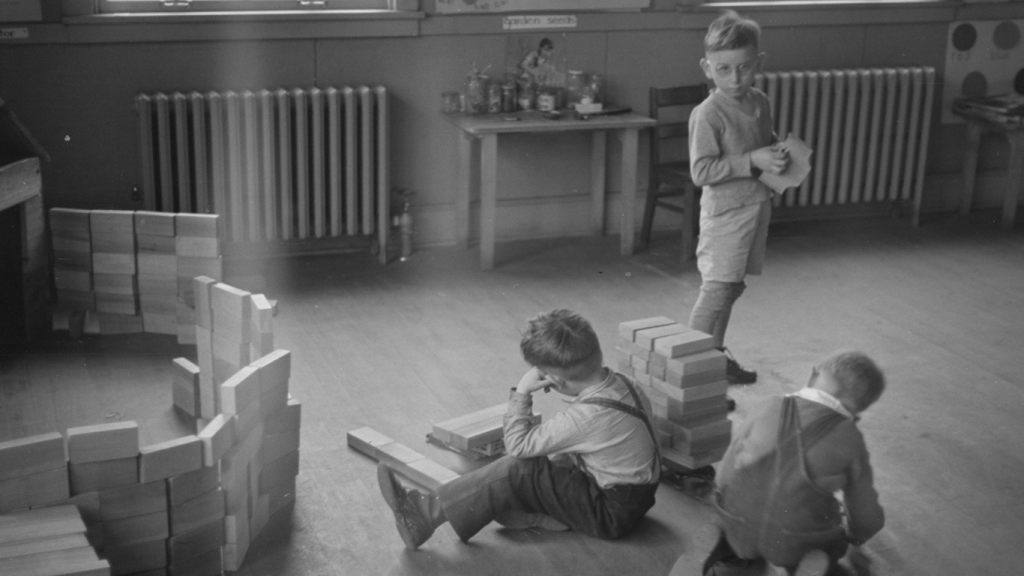 Children playing with blocks at school 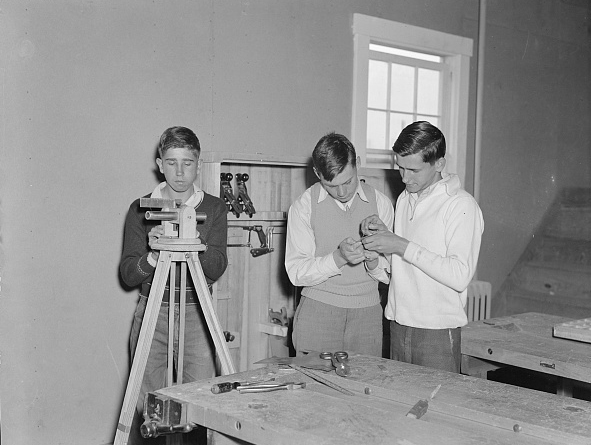 From 1936 to 2000, four of the original Arthurdale school buildings were under the control of the Preston County Board of Education and used as a middle school and elementary school. They continued to use the Gymnasium until 2018 when it was mothballed. In 2000, the PCBOE transferred the high school, cafeteria, and elementary school buildings to Arthurdale Heritage. A Save America’s Treasurers grant completed in 2006 provided for stabilization and mothballing of the buildings until the complete restoration of the buildings can take place. 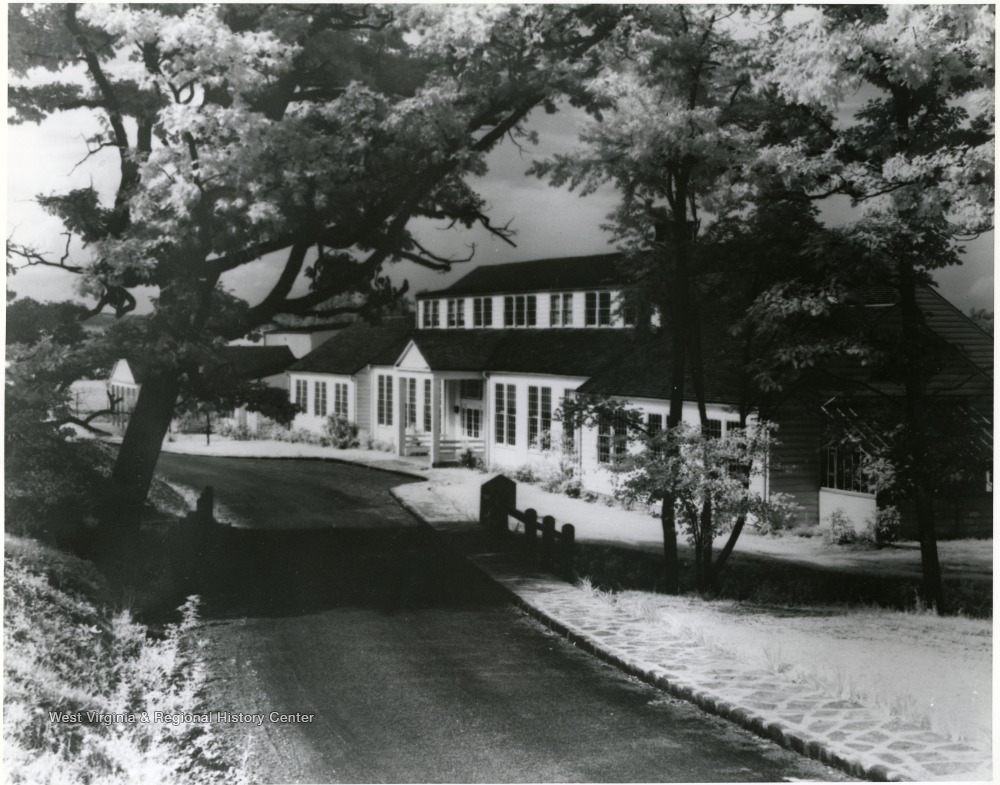