Partly because of her advocacy, her husband appointed 22 women to senior positions, including the first female cabinet member. She traveled with Black friends and often spoke at Black graduations and events. She criticized New Deal policies that ignored these two groups and helped enlarge their missions.

She visited other countries as her husband’s representative, including the South Pacific war zone where she visited injured soldiers and sailors. She was famous for driving her blue roadster around the country without Secret Service protection. Between 1923 and 1940, she traveled over 300,000 miles and visited every state except South Dakota. The newspapers nicknamed her Eleanor Everywhere.

In August of 1933, when she quietly drove herself from the White House to Scotts Run, she became the guiding force behind Arthurdale. She helped plan what it would become, was deeply involved in the schools, provided funding in many areas, formed friendships with homesteaders, and visited over 30 times, including speaking at eleven Arthurdale High School graduations. She invited the graduating classes to a meal at the White House, helped them find jobs, and generally enlarged their visions of what they could become. Eleanor Roosevelt’s last visit was in 1960 when she returned after 14 years (and 2 years before her death) to dedicate the community church.

Anna Eleanor Roosevelt, wife of Franklin Delano Roosevelt, forever changed the image of a First Lady. Before her, the job of a president’s wife was to be a hostess, stay in the background, and support whatever her husband did. Previous First Lady Bess Hoover’s most extreme act was once driving a car full of friends by herself.

Eleanor Roosevelt was tireless. She had been a teacher and continued to edit magazines, write books, compose a daily newspaper column, give speeches, and manage an astonishing amount of correspondence, including thousands of letters from average citizens. She was an effective advocate of FDR’s New Deal policies which focused on helping the common people rather than the wealthy and well connected.

Eleanor Roosevelt challenged Americans to fight gender and racial discrimination. Women were kept from many jobs, so she held weekly news conferences, open only to female reporters, forcing newspapers to hire them. 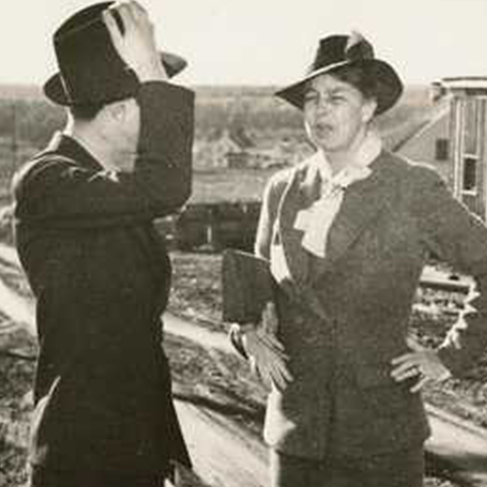 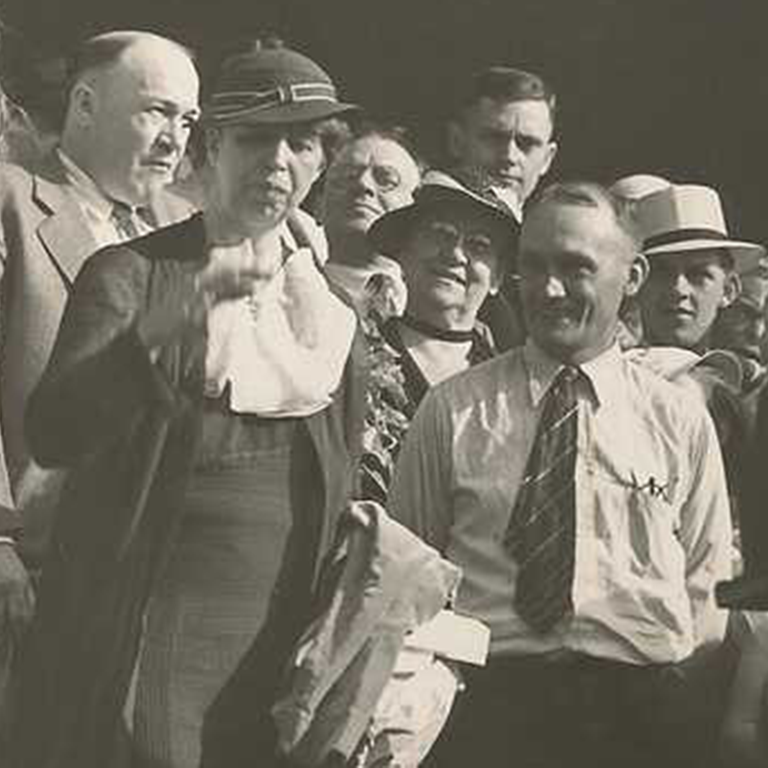 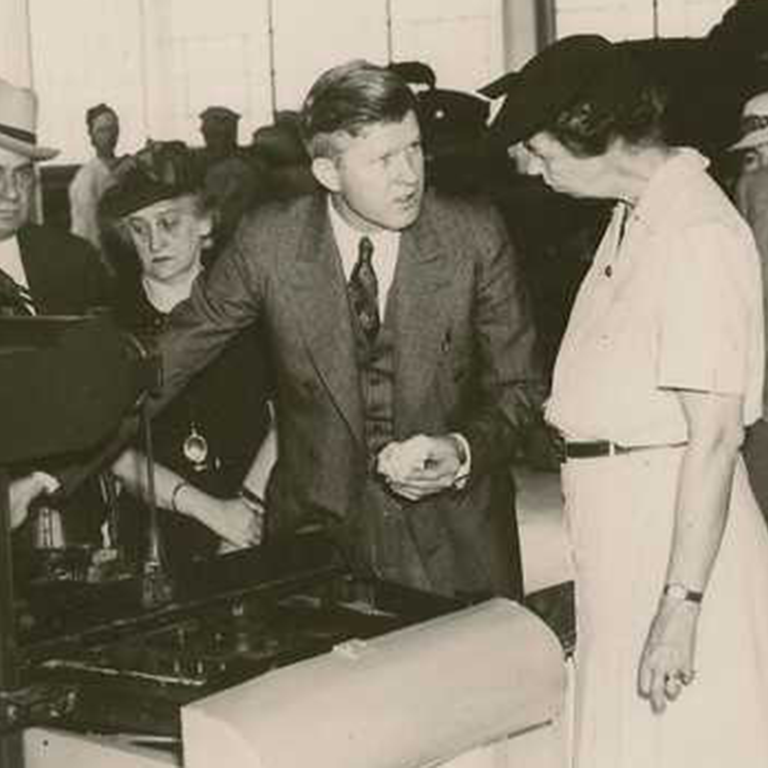 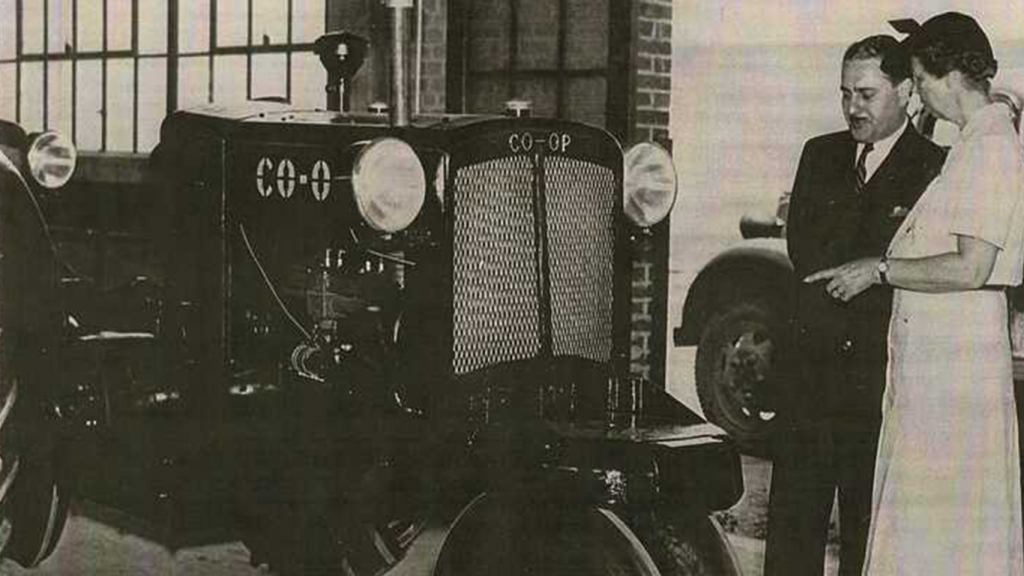 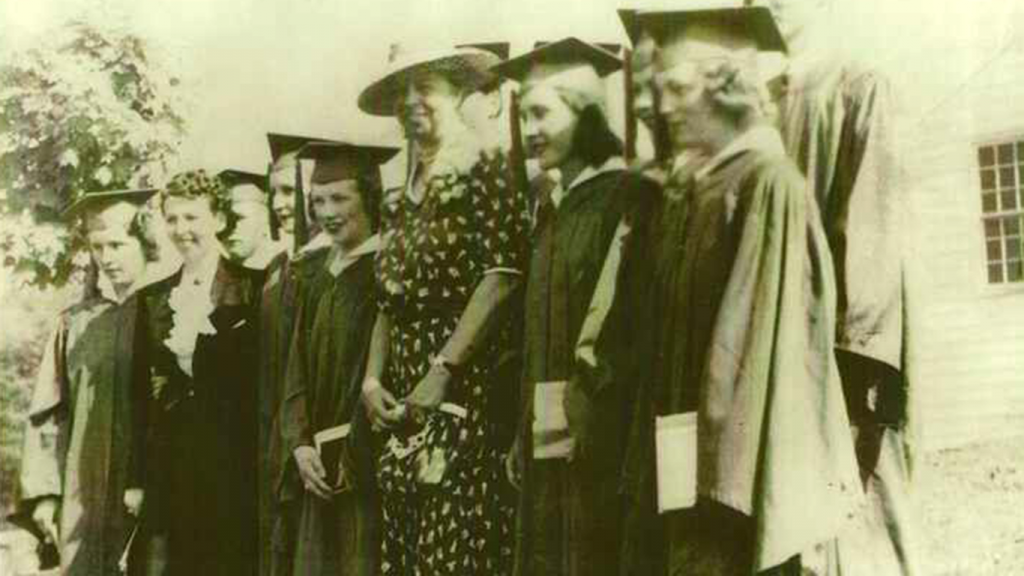 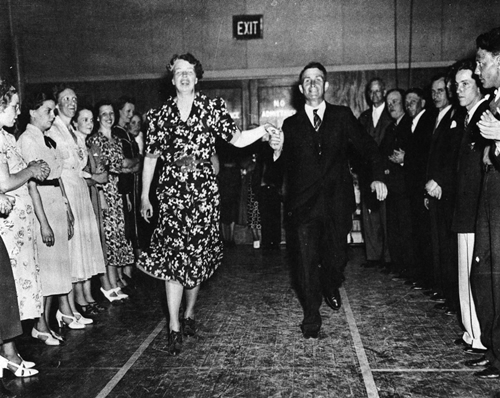