The most successful of the craft ventures was furniture making. In addition to the simple Colonial style furniture which was used throughout Arthurdale, the factory produced 3 minor lines and 4 major lines of more decorative styles which could be ordered. Both furniture stores and private customers could shop in Arthurdale or through catalogs.  Several pieces can be found in Eleanor Roosevelt’s Val-Kill Cottage.

In July 2007, collector Jeanne Rymer donated almost twenty pieces of Arthurdale furniture to the New Deal Homestead Museum in honor of her mother, Nellie Blythe Stockdale, who purchased the pieces during the 1930s. Our house, E-15, is furnished with many pieces from the Stockdale Collection.

Samuel Godlove was brought here to teach the woodworkers how to make his family’s famous sturdy chairs with woven seats which were in major demand. They also produced many smaller household items like trays, spoons, lazy susans, and platters. 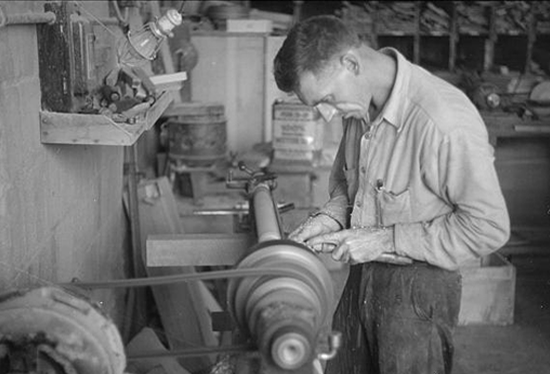 Many pieces are still in use today around the United States and there are several pieces in Eleanor Roosevelt’s Val-Kill Cottage. 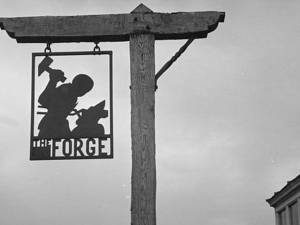