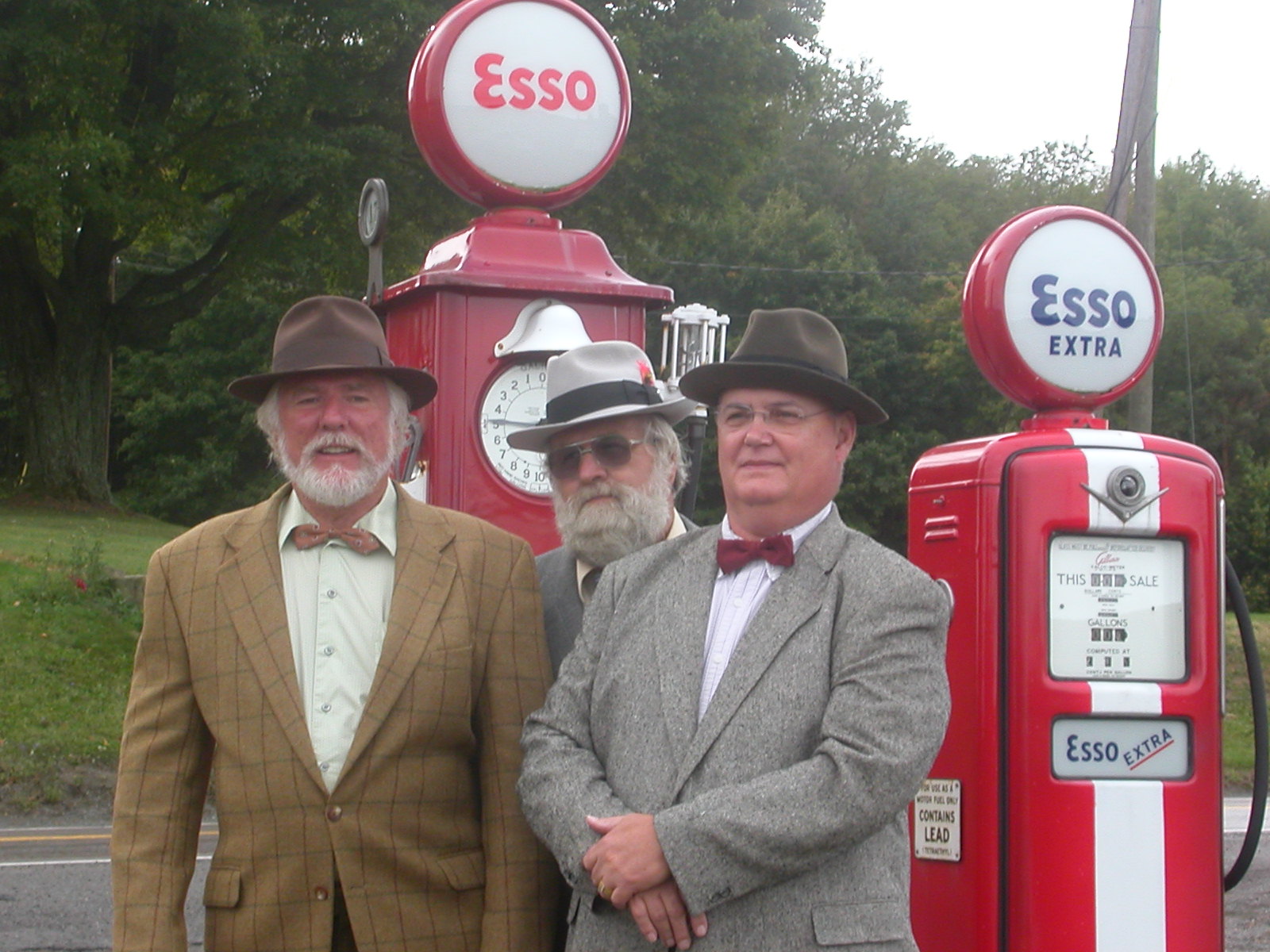 Spark Media visited Arthurdale this October several times to film portions of its upcoming documentary entitled “Soul of a People: Voices from the Writers’ Project.”Â  Produced in association with the Library of

Congress, “Soul of a People” will tell the story of the WPA Writers’ Project, comprised of workers who used pen and paper instead of shovels and picks to contribute to the revitalizing the United States’ economy.Â  The project’s efforts resulted in a series of state guide books, oral histories, photographs, and recordings of voice and music.Â  For more information about the documentary visitÂ  SOUL OF A PEOPLE: WRITING AMERICA’S STORY.

Ed Bucklew, Terry Smith, and Dave Hall smile for the camera while in 1930s costume. 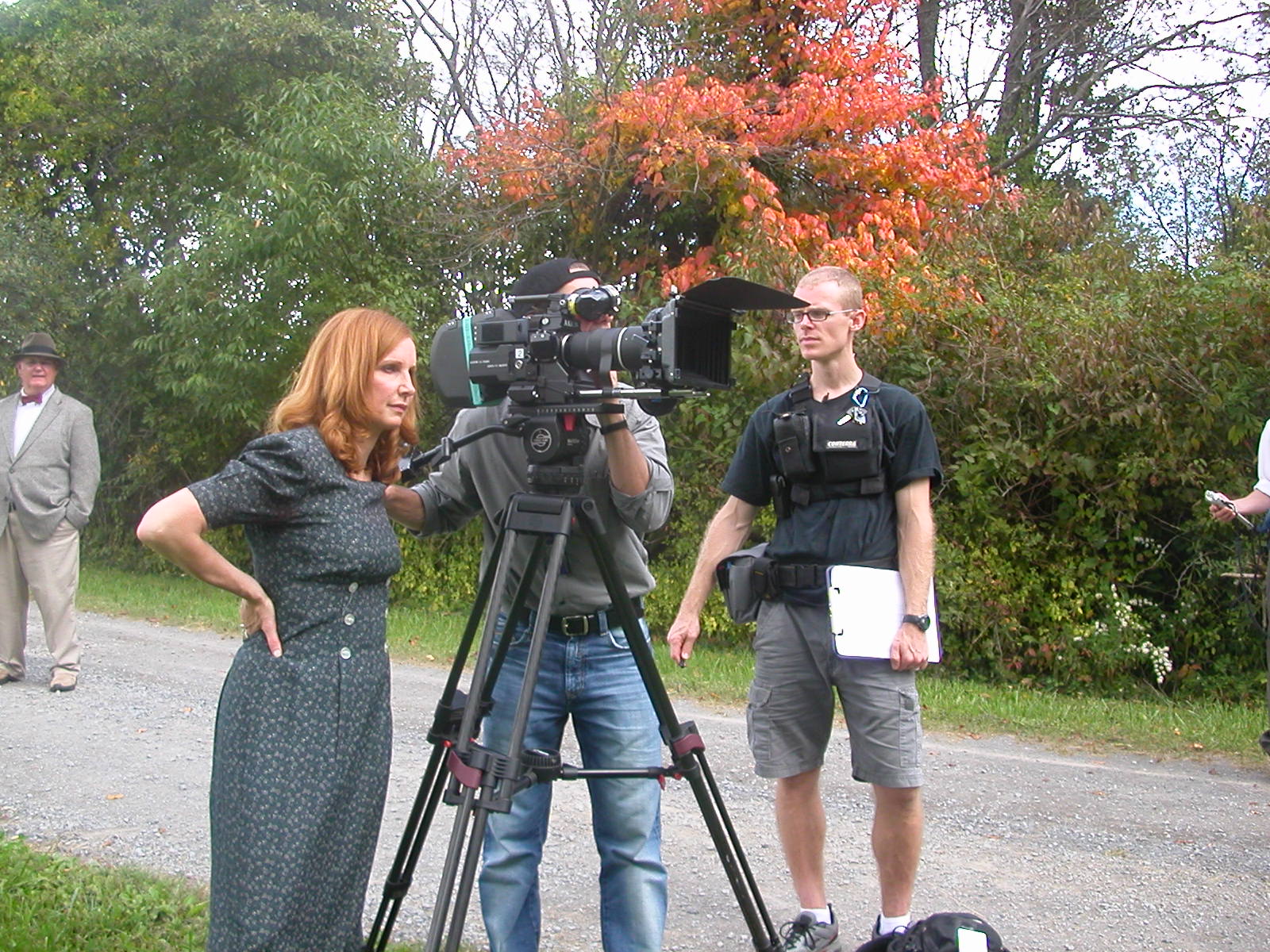 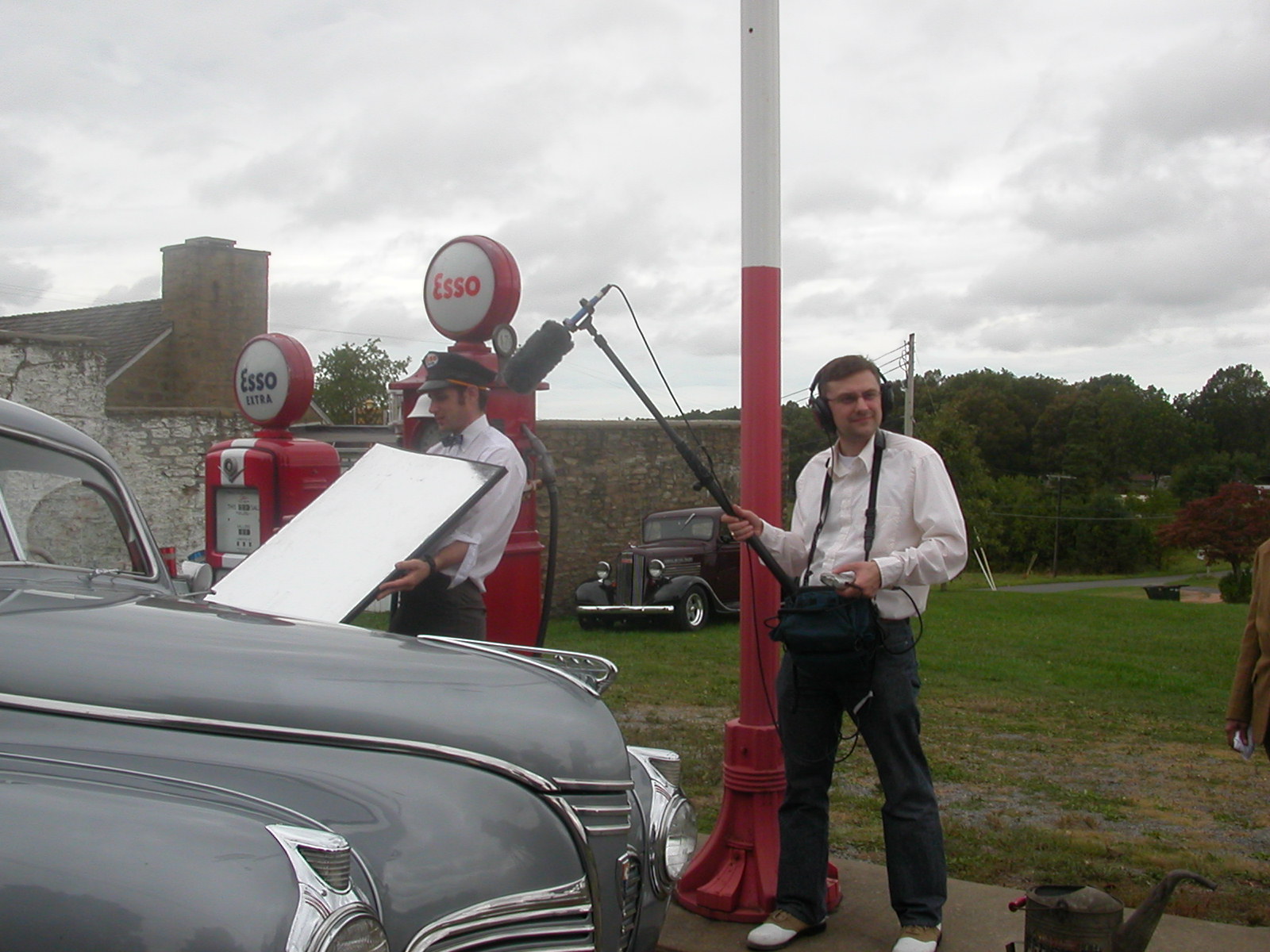 Filming at the Esso Station.