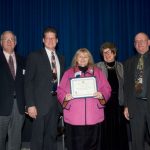 Former President of Arthurdale Heritage,Â  Marilee Hall, was recently selected as a WV History Hero for 2009.Â  History Heroes are individuals who go beyond the call of duty to ensure the success of local history, genealogy, preservation and museum organizations.

Marilee has given years of dedicated service to Arthurdale Heritage.Â  She has served as a member of the Board of Directors, secretary, second vice president, and president, as well as a member of several committees. She compiles the newsletter, helps plan the annual New Deal Festival, presents living history at society events and other gatherings such as the Preston County Buckwheat Festival, and has been interviewed by various media about Arthurdale’s history.Â Â  She was instrumental in acquiring the original Arthurdale schools for the society and spearheaded fundraising for and assembled the 75th Anniversary Arthurdale Calendar for 2009. 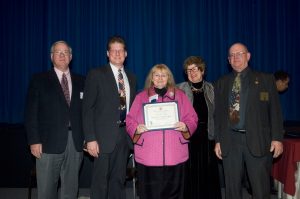